In our series ‘Summer Feature Weeks’, we introduce new or interesting features and functions of our system to you.

GPS-based tracking and positioning systems, such as the TSI Monitor platform, are designed to be robust and have numerous automatic correction functions. The platform forms cybernetic systems at different levels: To put it simply, these are control circuits that are constantly searching for irregularities and initiate corrective measures automatically, in case any are found. This way the system reverts to normal operating states by itself even under difficult circumstances, providing optimal, hassle-free performance.

Thus, system or function failures are relatively rare. Nevertheless, it may happen that sometimes individual problems arise, e.g. antennas can accidentally get shielded or covered, cables get damaged or disconnected, temperature sensors may get blocked. In most cases, these are small disturbances that only come to light during data analyses and closer evaluations, as the remaining system continues to operate normally.

Yet, this can often become a problem for larger fleets with several hundred vehicles, if, for example, at the end of the month, missing data makes it difficult or even impossible to run certain reports or analyses for affected vehicles. But with growing number of vehicles, closely monitoring each device manually becomes increasingly challenging.

This is where automatic failure detection acts as an early warning mechanism that proactively identifies potential faults and reports to fleet or operational managers. In this way, irregularities can be detected promptly and ahead of time, allowing appropriate corrections to be commenced. 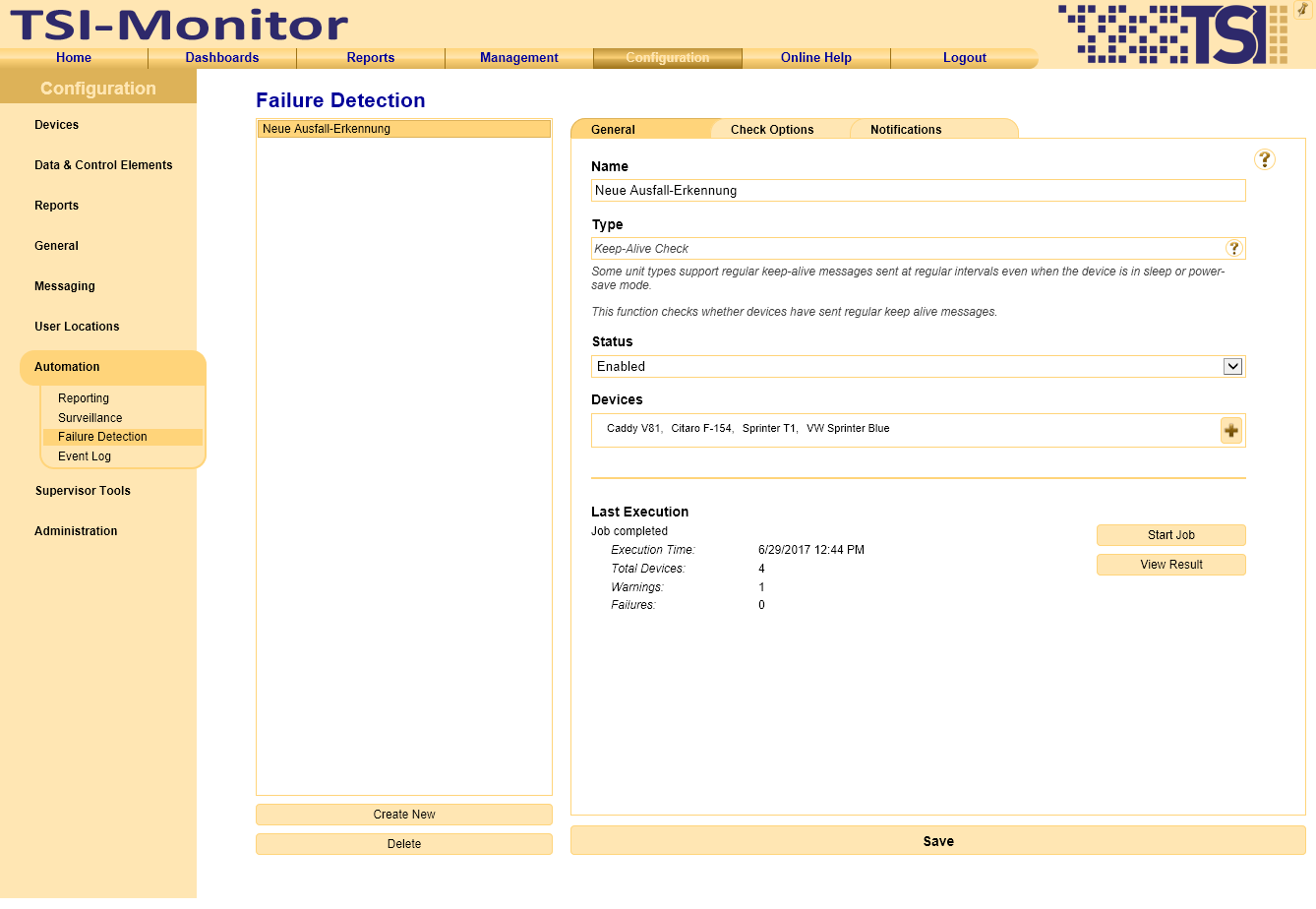 Automatic failure detection offers a number of possible tests and plausibility checks, each of which can be optimized for the specific application situation: This is necessary as it is also possible to react to the smallest irregularities so sensitively, that many potential problems are discovered, that at closer examination turn out to be no problems at all – but false alarms!

The opposite is also possible if the check sensitivity is too low, and problems are either not detected at all or too late. For a quick start, there is also a standard pre-configuration that has proved to be a good compromise in our tests and represents a good measure for most applications. Of course, there is never a perfect default setting, because every situation, every fleet is different and we take that into account. Flexibility, adaptability and customizability are important guiding principles as much here as in other parts of the platform.

A result listing of all the checks and plausibility tests run shows if any irregularities were discovered, providing some detailing information in such a case. Of course, this is also automatically delivered, for example, to the manager's mailbox, whenever there are any actual issues. Operational and fleet managers are informed proactively and promptly allowing them to initiate immediate actions.

Automatic failure detection, thus, increases and guarantees not only reliability, but also reduces the workload for the fleet managers and quality assurance, by drastically reducing the required effort for regular manual checks. Thus, you have more time to focus on the tasks, which are really important!